In Admissions we relish the conversations that we have with prospective students. Many of these conversations are around their motivation to become a chiropractor and the stories that led them down this amazing path. One constant that we never tire of hearing is their many interactions with the chiropractors that have mentored them along the way. At Life West we are fortunate to have a large network of DC ambassadors who not only mentor the chiropractic leaders of tomorrow, but graciously refer these students to the college.

To find a shining example we need look no further than Dr. Ken Cooper, President of Cooperstown Chiropractic Wellness Center in Fullerton CA. Dr. Cooper has been in practice for 30 years, and has been focused on making a lasting difference in his community ever since. Dr. Cooper is not a graduate of Life West, but is motivated to refer students to the program. Together with his son Scotty, Cooperstown’s Director of Business Development, the practice has been a hub of mentorship for the students in Fullerton and surrounding areas for years. Their motivation is the knowledge that Life West’s balanced approach to the curriculum, preparing students in the science, art, and philosophy of chiropractic, gives these students a great base to start off in practice right after graduation. According to Scotty, what changed everything for Dr. Cooper in practice, “was learning the philosophy, and everything fell into place after that.”

Dr. Cooper became a chiropractor because “plain and simple the medical system failed him.” While playing baseball in college Dr. Cooper suffered an abnormal knee injury, and over time no health professional was able to get to the root cause of the issue. It was at that point that Dr. Cooper was introduced to the idea of going to see a chiropractor. After the first adjustment he came out of the office somewhat bewildered, almost stomping his feet. His future wife who was with him at the time, asked why he was stomping and Dr. Cooper replied: “Is this how walking is supposed to feel?” From that first adjustment total nerve flow was restored and a knee brace was never needed again. Originally planning to go into medicine with thoughts of becoming an ER doctor, that life changing adjustment was the catalyst for Dr. Cooper’s decision to pursue chiropractic.

Over the years Cooperstown has referred 30 students to start at Life West. When asked about this success Scotty said: “you have to have a system.” Cooperstown has an internship component in their practice and has partnered with local colleges and universities to identify the right candidates over the years, going as far as contacting the universities directly to get the word out about these opportunities. The interns are then put through a vetting process to make sure they are the right candidates. “The interns are right next to the doctors at all times to see what it’s like to be a doctor and what their future could look like. How can I take someone with a great heart and beautiful intentions and make them the best that they can be, and connect them to their true self,” says Scotty. When asked why giving back was so important he replied: “Because Life West is training the people who are going to make a difference in the world. The people coming through that school are going to be the difference makers that challenge the status quo, so I have to support that. We educate and inspire, creating a place of hope, where miracles are expected!”

Share This Post
Have your say!
00
Previous ArticleMeet the New Leader of the Life West Admissions TeamNext ArticleWhen the whole family is well-adjusted, everyone will heal exponentially with Dr. Stephanie Libs
You May Also Like From the Director of Alumni Relations
February 14, 2022 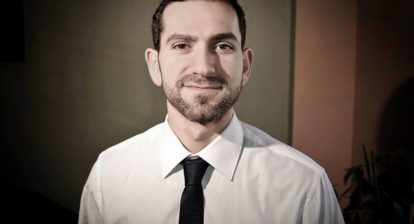