Had someone told Sara Parsons five years ago that she’d speak in front of a worldwide audience at a chiropractic conference, she would have been terrified.

“She probably would’ve run away,” Parsons, a Life West student, said with a chuckle. “She’d have said, ‘If that’s where we’re going, I’m off.’ ” Times have changed. Parsons not only spoke at the 2020 Mile High Chiropractic Movement, held Aug. 20-23 in Denver, Colorado, but the eighth-quarter student earned her spot at the conference by winning the Mile High Student Speaker contest after submitting a video of a recent Facebook Live stream she had produced.

Parsons’s journey to becoming a powerful public speaker started when she challenged herself several years ago.

“I was terrified of it, so I wanted to get better,” Parsons said. “Thankfully, we have TIC Talkers on campus, which is awesome. It’s really helped me develop my public speaking and communication skills around chiropractic.”

Parsons said Life West faculty member Dr. Ankur Tayal was a major influence and encouraged her to enter the contest.

“I was an immediate fan of Sara Parsons,” Dr. Tayal said. “She really caught my attention when she stayed after class or stopped me in the halls to ask great questions. While asking great questions, she would show me how she was integrating all of these concepts she was learning in class, and I admired her quest for depth and cogency.”

The video Parsons submitted featured her speaking about the nervous system and the impact chiropractic can have on a patient’s pursuit of optimal health.

“I think it’s important to educate society at large about what chiropractic is and the power of people’s bodies,” she said. “We can have a huge impact on public health.”

After winning the contest, Parsons flew to Denver for the conference, which was held in a hybrid live and digital format. That allowed the event to be streamed to a worldwide audience, and the excited contest winner prepared a new, 15-minute presentation around a theme from the book, “The Structure of Scientific Revolutions,” written by Thomas Kuhn.

Parsons referenced the necessary circumstances in order for a paradigm shift to occur, she said, presenting parallels between Kuhn’s theories and chiropractic’s role in the opioid crisis.

“Chiropractors don’t really like to primarily focus on pain because we know we can do so much more,” she said. “However, focusing on that and becoming the front-line profession for pain could help us open people’s eyes to what chiropractic can do.” Parsons, front, helped Life West to a second-place finish in the Women’s Premier League in 2019.

Parsons compared the experience to her time on the rugby field. As a former Team USA Eagle and a prominent member of the Life West women’s team, she found her pre-presentation jitters similar to the emotions she’s felt before big games.

“You practice and practice, and when it’s game time, you get nervous and get some butterflies,” she said. “Once the ball gets kicked off, it’s go-time. I had a lot of adrenaline, and I had so much fun because I was so passionate about what I was discussing.”

Parsons will graduate from Life West in the fall of 2021. In a true sign of how far she’s come as a communicator, the woman who was once terrified to speak in public now wants to make that activity part of her chiropractic career.

“I do want my own practice eventually,” she said. “That may not happen right away, but I do want a practice, and I do want to continue educating through public speaking. For me, it’s more of a hybrid career.”

“It’s been an honor and privilege to watch her develop into a chiropractic leader, and I’ll do what I can to support that development,” Dr. Tayal added. “She’s a gift to our profession and the humanity we serve.” 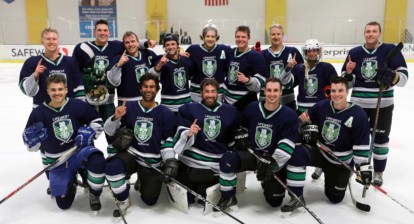