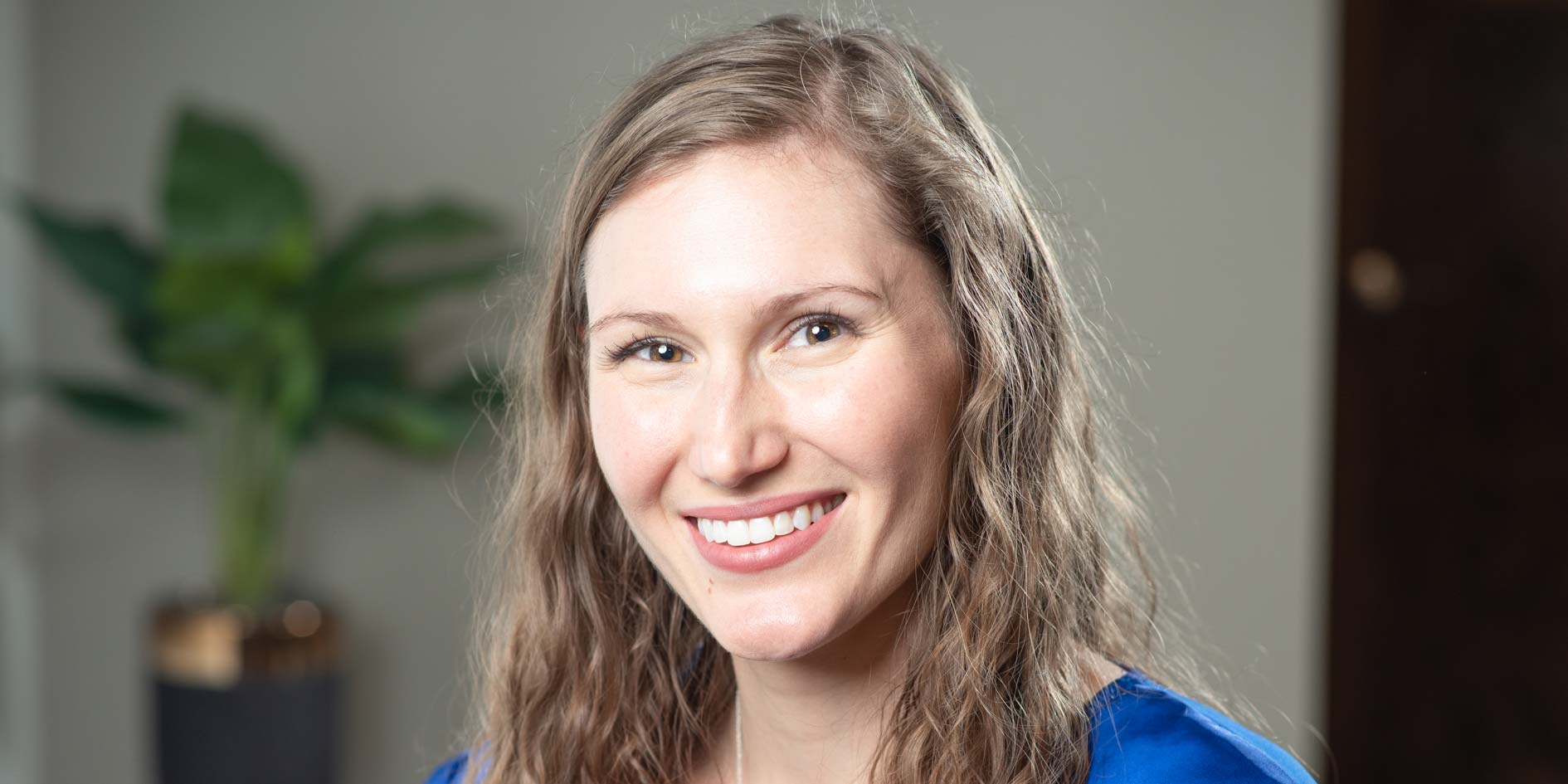 A native of Anchorage, Alaska, Dr. Ellis was drawn to Life West’s atmosphere on campus and the opportunity to learn many different techniques. Morgan, a daughter of Life West President Ron Oberstein, served as tour guide during one of Dr. Ellis’ visits to campus.

“As soon as I stepped inside Life West, the first thing I noticed was everyone wanted to talk to me and know what my story was,” Dr. Ellis said. “I was always greeted with a hug and treated like family, from the first time I stepped on campus as a prospective student. I fell in love with it right away.”

She initially was interested in upper-cervical chiropractic and mostly practiced the knee-chest technique during her chiropractic education. However, she zeroed in on the Blair technique after scouting potential employers and visiting Life West graduate Rachae Bell, DC, who had opened CLEAR Chiropractic in Washington state.

“I knew I wanted to work for someone who had been in practice for less than 10 years, who was seeing 150 visits or more a week and killing it right out of the gate,” Dr. Ellis said.

I wanted to learn from someone who was high-energy.

“I took the Blair elective my last quarter, and I’ve been practicing it ever since.”

Dr. Ellis moved to Washington after graduating from Life West in 2016 and has played a pivotal role in CLEAR Chiropractic’s expansion within the Spokane area. The company recently added state-of-the-art imaging devices that allow them to collaborate with other professionals across the health care spectrum.

“Patients love it,” she said of the collaboration. “They’re getting better results, and we love working with other providers. They want to get their patients feeling better, too, and co-mingling is the best way to do it. We’re getting a lot more provider referrals from neurologists and different specialties within the medical field.”

She said bolstering the presence of women in chiropractic is also a priority. For a time, CLEAR Chiropractic’s staff was all female, and Dr. Ellis says she’s seeing increased female representation in her current Diplomate in Chiropractic Craniocervical Junction Program as well.

“It’s so cool to have that ‘girl power,’” Dr. Ellis said. “My class is at least half women, and it’s awesome to see more upper-cervical chiropractors who are female.”

CLEAR maintains offices in Spokane and nearby Mead. Dr. Ellis says Life West’s business management classes proved vital in developing her ability to help run a chiropractic office, and that she and Dr. Bell have even bigger plans.

“We share a really big vision of having five or six clinics in the area,” she said. “To be able to have a partner where we can do that together has been awesome.”

Tags: Bekki Ellis, Blair technique, upper cervical, women in chiropractic
Share This Post
Have your say!
00
Previous ArticleThree chiropractic presidents discuss vitalism and lifeNext ArticleStudent Ambassador Xavier Crawford: ‘I love to look out for the next generation’
You May Also Like